Our little family unit just returned from a field trip to the southern part of this fair state. My stepson (Jenc) and I enjoyed some indoor flying at SkyVentureArizona in Eloy, just an hour's drive from our home in Mesa. Jenc had already completed his first tandem jump (outdoors), and I had three dozen freefalls under my belt, but it was nothing like this (click image for larger version):


Little squirrel, little squirrel, climbed up the tree.
Fell down, fell down, and broke his leg.
Doctor-man, don't heal him!
That impish squirrel will climb the tree again.


This second one is sung during a game that resembles "Tag" - the nyuszi/bunny is the toddler who sits quietly in a circle of singing children, until s/he jumps up to capture the next nyuszi:

The bunny lies in the grass while he naps.
Bunny, are you ill, that you can't jump yet?
Bunny hop, bunny hop, he just caught someone!

My (thirtysomething) stepkids are flying in from Budapest tonight and I'm really looking forward to spending the next couple of weeks with them, so I'll be taking some time off from blogging. Catch you on the flip side!

A guy goes into a bar, sits down, orders a drink and starts complaining about his job to the bartender.

It turns out the guy works for the circus and follows the elephants around, shoveling up their dung.

When the bartender asks why he doesn't quit, the guy exclaims: "What, and leave show business?!" 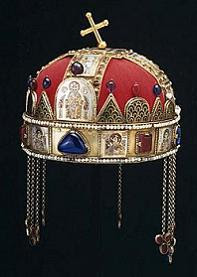 Anikó and I are delighted to announce that our Hungary-themed animation script, Azért is..! (Despite everything..!) (or AzÃ©rt, as it's now listed on the FilmMakers Magazine American Gem Short Script Contest Qualifiers page), survived another cut! [Synopsis: Even though this European nation has existed for more than a thousand years, over 70% of the country "vanished" after World War I. Today, the exiles' great-great-great-grandkids still think in Magyar.] So we thought it might be interesting to fantasize about dream-team directors:

One of the best-known names on our wish list is Csupó Gábor, or as he is known outside Hungary, Gabor Csupo. He was born in Budapest on September 29, 1952. He studied music for eight years and attended art school for four, before entering Hungary's world-famous Pannonia Studios in 1971 to pursue his professional animation training. He fled Communist Hungary in 1975 for artistic opportunities in the West, escaping into Austria by walking for three hours through a darkened train tunnel under the Alps. In 1981, he co-founded Klasky Csupo, an Emmy-winning animation company responsible for "The Simpsons," "Duckman," "The Wild Thornberrys" and "The Rugrats," among many others. Mr. Csupo's latest directing project was the successful live-action film "Bridge to Terabithia" (2007).

Another equally-famous animator on our collaboration wish list is Rófusz Ferenc (Ferenc Rofusz to Americans), who was born in Budapest in 1946. He also received training at Pannóniafilm, and his 3-minute animated short "a Légy" (The Fly) was nominated for an Oscar® in 1981. Hungary's Communist government would not allow him to leave the country for the awards ceremony, so he received a double surprise while watching the show on TV: when his name was called as the winner, a mysterious bearded man bounded onto the stage, made a short acceptance speech, posed for the obligatory photos and departed with Mr. Rofusz' statuette.

Last--but certainly not least--on our list is Orosz István (Western name order: Istvan Orosz), who was born in Kecskemét, Hungary on October 24, 1951. He was trained as a graphic designer at the University of Arts and Design in Budapest. After graduation in 1975, he became involved with theatre (as a stage designer and actor) and animated film. Later, when his interest turned to poster art, he began to design theatre, movie and even some political posters. His "Tovarishi Adieu!" (original text: "ТОВАРИЩИ конец!" = "Comrades, it's over!") became a famous symbol of the dramatic changes in 1989, when the Soviet Union withdrew its occupying forces from Hungary and the neighboring countries. A few years later, after the Communist party entered candidates in Hungary's democratic elections, Mr. Orosz created "I Am Back Again":

This "Learn How To Use The Internet" ad popped up during a recent surfing session, and I immediately began to question myself:

Am I using it wrong?

Are other people using it better than me?

Should I study hard, and try to become the best darn Internet user on my block?

We moved here from California, a state that requires front and back license plates on their cars. But Arizona doesn't, so when we recently transferred the registration, that front plate holder looked awfully empty. Manny, Moe & Jack weren't much help: if you own a Chevy (for example), with hood and trunk logos, why in h*ll would you want ANOTHER Chevy logo embossed on your front license plate? Some consumers are just plain melonheads.

So we found flowers and logos at Pep Boys. Then we shopped Auto Zone. Devils and skulls.

I think we're getting pretty close to the end of my homeopathic treatments; I was recently given a new remedy for the final push...

Lycopodium clavatum (Stag's-horn Clubmoss or Ground Pine) is the most widespread species in the genus Lycopodium of the clubmoss family Lycopodiaceae.

It's a spore-bearing vascular plant, growing mainly prostrate along the ground. The stems are much branched, and densely clothed with small spirally-arranged leaves.

The spores of this moss are used to make sound waves visible for observation and measurement in physics experiments. These spores are also explosive, if present in the air in high enough densities.

In the past, the crushed spores were used in fingerprint powders, as a covering for explosives, as flash powder for early photography, and in fireworks.

So if I suddenly light up like a roman candle, you'll know why.

The Arizona Department of Environmental Quality ("ADEQ") operates a mandatory Vehicle Emissions Inspections program, to make sure our cars don't spew out too much pollution in the congested areas around Phoenix and Tucson.

Waiting in line to get your car inspected is a royal pain in the butt, so ADEQ provides these webcams, along with estimated wait times.

Here's a live shot from one of the Mesa inspection stations: 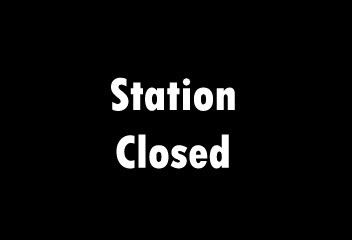 One of the new Yahoo Mail pages:

reminds me of the Logo network TV series Rick & Steve: the happiest gay couple in all the world:

, which has no connection with TV/radio tour guide Rick Steves' Europe Through the Back Door:

I'm sure you've heard the old story about the guy standing on his roof, while a flood swirls around his house:

As the waters rise, he turns down the assistance of (1) a neighbor's ladder, (2) a police rescue boat, and (3) a National Guard helicopter, insisting in each case that God is going to save him.

After he drowns and goes to heaven, the guy asks God why He didn't help. God says, "What do you mean? I sent a ladder, a boat AND a chopper!" 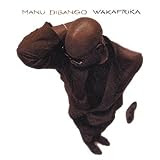 Anikó and I wrote Azért is..! (Despite everything..!), or, as it's listed on the FilmMakers Magazine American Gem Short Script Contest First Round Qualifiers page, AzTrt.

I'm not sure if the contest result is cause for celebration. We spent 29 bucks to get the misspelled title of our 11-page script posted with 323 other titles (no writer credits) on a webpage that was supposed to go up 31 days earlier.

Plus, in a transparent attempt to enhance this contest's credibility and prestige, they've expanded the field for their upcoming competition to include 1-page treatments and 1-sentence loglines, for those scribblers who are too lazy to crank out 3 pages of dialogue.

The next elimination for their current extravaganza is scheduled to take place in mid-September. The office pool contains open squares for late October and early November. Any takers?