1) Stretched out like a flapjack in the pre-op area. If you look closely, you can probably see that I should have used the nose-hair trimmer last night. Anikó's black jacket is over my shoulders, partly because she thought the A/C was too chilly for me, but mainly because she just likes to play "Mamci" every now and then.
2) Eight photos from the tiny arthroscopic camera they wiggled around inside my RIGHT shoulder (that LEFT shoulder caption is just a typo, thank gawd). I have no idea what any of these images represent, but I've been getting flashbacks from the last time I leaned over the butcher-shop counter to look at the leftover scraps and chunks of entrails on the floor.
3) Then there was a two-hour gap in my memory. Afterwards, the nurses couldn't get my giant Hawaiian shirt to fit over my new sling. BTW, this sucker seems to be the Porsche of slings: the logo says "Slingshot 2." It contains an embedded pillow to hold my arm at the proper angle for healing, plus a cute little attached squeeze-ball to keep my blood circulation from slowing down to the pace of dried mud. Notice that enormous beached-whale belly. When I arrived at 5:55am, the receptionist gave me a wheelchair and offered to rush me into the Maternity ward.

I finally got on the surgery schedule: Tuesday morning, 6am. After two months of agony and not being able to sleep, this is better than friggin' Christmas.
» On 4/23/2008 08:45:00 AM Mountain Standard Time, Alan wrote:
Hillary=Energizer Bunny.

That was an encouraging win for Hillary Clinton in the Pennsylvania primary.

We're finding out that one thing's for sure: Hillary is no Gore. Despite the public outcry for her to quit, she keeps on truckin'. That persistence alone would convince me to support her.

And judging from these two pix (warning - faux nudity), she needs all the support she can get: 1, 2.

During our weekend trip, Anikó and I visited Jerome Arizona, the "Largest Ghost Town in America." One of the ghosts is proudly showing its patriotic support for Hillary Clinton by hanging up six red, white and blue brassieres:

We just got back from a trip to Sedona Arizona, the New Age capital of the galaxy. Here's a vortex map, should you ever find yourself in need of one...

This was a good week for literary efforts. I was just notified that one of my stories is a finalist for publication in the My Dad Is My Hero anthology.

It's amazing to me all the interest in the Pope the last couple weeks. I think it's because of John Paul's visit, personally, but, you know, whatever the reason, people are buyin' these posters that show all of the Popes and people want to know what their names are, what their real names are, when they was livin', when they died, all that stuff. And, going along with this Papal mania, I've kind of designed a contest about the Popes. [holds up a large photo showing a close-up of the surface of a pizza] It's called "Find the Popes in the Pizza" ... All two hundred and fifty-four Popes, they're in here. ... And, what we're gonna do in about one minute, we're gonna put a close-up of this on your screen and, you at home, all you have to do is get some, like, wax paper, any kind of paper you can see through, and paste it to your screen -- or tape it, whatever you want -- and all you gotta do is get a pencil and draw a circle around every place you see a picture of a Pope. [...]

Next, there were a record 3,834,925 winners in this week's Caption Contest (photo of Pope Benedict XVI arriving on "Shepherd One," the papal airplane):

The winning caption was, of course, "B-b-b-bennie and the jet."

And finally, this week's Pointy Hat Contest ended in a 3-way tie:

From the "Action" DVD featurette, "Getting Into The Action":

Don Reo [Executive Producer]: A good writers' room ruins you for the rest of the world, because you're surrounded by extraordinarily bright, funny people. And you start to take that for granted; you start to think the rest of the world is like that. And then you go out to talk with one of your relatives, and [chuckles] you have nothing to say. The references are not the same; the speed, the humor is so different.

Jay Mohr [Actor who played the heterosexual "Peter Dragon," an amoral movie producer who solved a crisis with his closeted homosexual action star by telling the star that he--Peter--was also gay]: In the original Episode 3 [entitled "Blowhard"] with "Cole Riccardi" [played by Richard Burgi], I was supposed to get blown twice. In the original [script], which made me fall down laughing when I read it, he says, "Encore, mi amore?" And I say, "I swear to God this is the last time."

Anikó and I just wrote a 10-page satirical spec script for the upcoming Locker 13 anthology film project. Hope they like it...

Log line: Cavemen are from Mars, cavewomen are from Venus, monoliths are from Jupiter and lockers are from Earth. Mostly, anyway.

Synopsis: Cave couple shacks up together and discovers the one true key to relationship harmony. 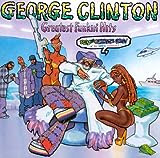 Two dogs are in the veterinarian's waiting room. The German Shepherd whines: "Oh, why did my mistress leave the bathroom door open during her shower? And why did I hump her when she leaned over to wipe up some water? And why is she having me neutered?"

The Great Dane says: "Hm. I humped my mistress in the bathroom, too."

The German Shepherd asks: "So she's having you neutered?"

The Great Dane replies: "No, she's getting my toenails trimmed."

My mother, Beverly G. Baird, is undergoing major surgery in Florida today. Please keep a good thought for her...

My Dear Friends, Colleagues and Fans:

My physicians have recently told me I may have a neurological disorder whose symptoms are consistent with Alzheimer's disease. So... I wanted to prepare a few words for you now, because when the time comes, I may not be able to.

I've lived my whole life on the stage and screen before you. I've found purpose and meaning in your response. For an actor there's no greater loss than the loss of his audience. I can part the Red Sea, but I can't part with you, which is why I won't exclude you from this stage in my life.

For now, I'm not changing anything. I'll insist on work when I can; the doctors will insist on rest when I must. If you see a little less spring in my step, if your name fails to leap to my lips, you'll know why. And if I tell you a funny story for the second time, please laugh anyway.

I'm neither giving up nor giving in. I believe I'm still the fighter that Dr. King and JFK and Ronald Reagan knew, but it's a fight I must someday call a draw. I must reconcile courage and surrender in equal measure. Please feel no sympathy for me. I don't. I just may be a little less accessible to you, despite my wishes.

I also want you to know that I'm grateful beyond measure. My life has been blessed with good fortune. I'm grateful that I was born in America, that cradle of freedom and opportunity, where a kid from the Michigan Northwoods can work hard and make something of his life. I'm grateful for the gift of the greatest words ever written, that let me share with you the infinite scope of the human experience. As an actor, I'm thankful that I've lived not one life, but many.

Above all, I'm proud of my family ... my wife Lydia, the queen of my heart, my children, Fraser and Holly, and my beloved grandchildren, Jack, Ridley and Charlie. They're my biggest fans, my toughest critics and my proudest achievement. Through them, I can touch immortality.

Finally, I'm confident about the future of America. I believe in you. I know that the future of our country, our culture and our children is in good hands. I know you will continue to meet adversity with strength and resilience, as our ancestors did, and come through with flying colors -- the ones on Old Glory.

William Shakespeare, at the end of his career, wrote his farewell through the words of Prospero, in "The Tempest." It ends like this:

Be cheerful, sir.
Our revels now are ended. These our actors,
As I foretold you, were all spirits and

Are melted into air, into thin air:
And, like the baseless fabric of this vision,
The cloud-capp'd towers, the gorgeous palaces,
The solemn temples, the great globe itself,
Yea all which it inherit, shall dissolve
And, like this insubstantial pageant faded,
Leave not a rack behind. We are such stuff
As dreams are made on, and our little life
Is rounded with a sleep.
Thank you, and God bless you, everyone." 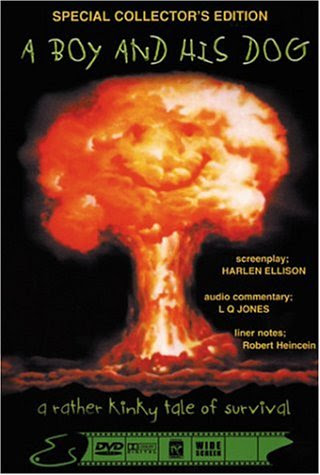 This is one of my favorite "pet" movies.

It's a post-apocalypse black comedy, a cult classic.

His co-star is the young and unknown Don Johnson, nine years before "Miami Vice."

Tiger's character is much smarter than Don's.

Tiger himself is probably much smarter than Don.

And Tiger does some great over-the-top emoting.

You could say that Tiger really chews up the scenery.

There's even an appearance by Jason Robards Jr.

The film is faithfully adapted from Harlan Ellison's novella.

Harlan is well-known for his savage wit and clever satire.

The twist at the end makes it even more enjoyable.

The latest shot in the Amazon monopoly skirmish comes from Sweden: 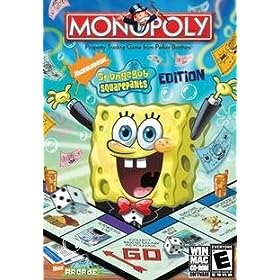 In reference to the burgeoning Amazon monopoly uproar...

...somebody has created an anti-Amazon logo...

...somebody else has started an anti-Amazon petition...

...and my author friend has replied to his communiqué from Amazon with this:

Sathya.V, if you were unable to determine the exact nature of my query from the content of my e-mail message, perhaps you should forward it to your supervisor, or someone who is able to understand English.