The film was directed by James Lapine and written by his wife, Sarah Kernochan (who also collaborated on the movie adaptation of 9½ Weeks).

I was a serious runner for 25 years (Boston & NY marathons). We used to chant: "Run through the pain."

I was a serious weightlifter for 5 years. We used to chant: "No pain, no gain."

I was a serious Marxist for about 5 minutes. We used to chant: "The only antidote to mental suffering is physical pain." Looking back, it wasn't that catchy.

The point is: I'm no wimp. I eat pain for breakfast.

Especially when the oatmeal's too hot.

But the physical rehab torture regimen for my shoulder surgery was making me suicidal. I went to the doc, and said, "Give me better drugs, dammit." He prescribed an ultrasound--which evidently shows some pretty spectacular adhesions (below)--and then shot me up with cortisone.

Links researched from the IHT article, plus a few extras:

Zane Grey's home on Catalina Island, where Anikó and I got married:
http://www.yelp.com/biz/zane-grey-pueblo-hotel-avalon
http://www.zgws.org/zgmusm.php

The desert inn where Lorne Michaels took magic mushrooms and came up with the idea for Saturday Night Live: http://www.joshuatreeinn.com/

UPDATE: There are several dozen treasures in this guardian.co.uk list of writers' rooms. For example, after clicking on Charles Darwin's name, you will see a photo of the room where he worked, just above an essay with details like these: [...] The room was his refuge - and also an intellectual powerhouse. This was where he wrote On the Origin of Species, the controversial book that transformed the way scientists think about nature. It was here that he received the shocking news that Alfred Russel Wallace had independently arrived at the same theory of evolution by natural selection, and here that he encountered the storm of criticism when Origin of Species was published in 1859. Although it was the most private of places, hidden away in a village in Kent, Darwin's activities made it the centre of a global movement for scientific reform. [¶] Darwin researched and wrote 10 substantial books at Down House. He sat in the high-backed leather chair by the fireside, with a board balanced on his knees, his papers and notes close to hand in the alcove behind, surrounded by portraits of his wife and closest friends, the door ajar so that the children might run in. He was a warm-hearted husband and father, and let his children play on the round-topped stool, punting it around the room with his walking stick. At regular intervals he would pick up his hat for a brisk walk around the garden. [...]

Tomorrow is the first day of summer.

Maybe it'll start warming up, for a change.

After decades of using dew point readings to mark each year's monsoon on the calendar, the National Weather Service has changed the rules. Starting this year, the monsoon "season" will begin and end on firm dates, much like hurricane season on the Gulf Coast.

The Weather Service decided that the monsoon "season" will start on June 15th and end on September 30th, regardless of weather conditions. In years past, the first three consecutive days with average dew points of 55 degrees marked the beginning of the monsoon—typically in early July. And the monsoon ended with the last string of three days with such damp dew points--usually in September.

[You can also use your thumb/flash drive, mp3 player, or favorite USB storage device.] It's a snap: 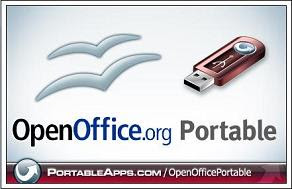 When we stay in Tucson with my wife's friend--who has a Windows computer, but no Internet connection--I keep myself entertained by working on my latest screenplay or just kicking back and listening to some music (perhaps Mark Knopfler's Screenplaying). I can also use the iPod to revise my script on the public computers in: (1) my local library, (2) London's Heathrow airport, (3) Beijing's cyber-cafés, etc.

PS: My iPod is one of the smallest models, an old 2GB Nano. I had already loaded nearly 18 hours of music (201 songs) and 33 photos onto it. Now that it contains the OpenOffice.org software and my screenplay, it still shows over 606MB (33%) of free space.

PPS: There's a screenplay hanging off your ear.

A very special member of our family passed away today: a tiny Welsh terrier named Jennike. She lived in Budapest with my stepchildren, Anita and Jenc. Jennike's horizons became more and more limited, as she gradually lost her hearing and most of her sight, but she truly enjoyed being a loyal companion, right up until the end. She had a good long life (18 years), and she will not be forgotten. Condolences to the surviving family members who knew her since she was a puppy: Anita, Jenc, and their mom, Anikó, who lives here in Arizona with me.

I recently began a program of physical rehab for the surgery performed on a particularly nasty shoulder injury. My physical therapist's name is Yolanta. She was born in Poland. She's a formidable woman, with a deceptively sweet smile. She is quite capable of inflicting some of the most intense pain I have ever experienced, while smiling beatifically. It's all part of her determined effort to break up my scar tissue.

It seems that scar tissue is one of the unavoidable--and yet desirable--byproducts of arthroscopic surgery. After you rip your shoulder apart, by doing something stupid, the scar tissue from the surgery knits everything back together.

The problem is, your body has just experienced an extremely invasive procedure, and it wants to protect everything that was touched by the surgeon's tools. So it goes nuts with the scar tissue.

As a result, I have scar tissue in places that should never see scar tissue. And I've spent the last month keeping my arm very, very still, so my body was able to grow all sorts of scar tissue, good AND bad.

The thing that worries me is: because she is helping me regain the use of my shoulder, I am also enjoying this.

Physical therapy is kinky as hell.

The Guardian website, which has been using a similar lowercase "g" favicon for quite a while:

Google is now accepting open submissions to replace the lowercase "g." The entrant is responsible for making sure his/her entry "does not infringe any third party rights."

On June 6, 2000, Anikó and I took a ferry out to Catalina Island, and got married at the former Avalon home of America's preeminent writer on western lore, Zane Grey. Originally built in 1926, Grey's pueblo was designed to serve as a haven for his prolific literary efforts. It features extraordinary views of the ocean, as well as the surrounding hills of Catalina. Twenty-odd miles offshore, this island really lives up to its reputation as a romantic getaway.

BTW, we were each married twice before. None of the four marriages lasted this long, so we're still in shock.

Evidently, the bill I received on May 15 was for hospital charges only... yup, I just received another bill, from the surgeon:

For that amount of cash, I could buy a Porsche Boxster. Next time, I'm taking the car.

Some of the invited guests cannot understand what they are hearing; others are delighted by the novelty of a symphony that does not conform to the accepted musical conventions of their time. Later, when the aging Franz Josef Haydn (Frank Finlay) stops by to listen, he comments, "Everything is different from today."

Beethoven (Ian Hart) originally dedicated the symphony to Napoleon Bonaparte... but changed his mind after learning of Napoleon's accession to Emperor.