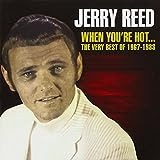 The taxi booking came in from the northern reaches of Scottsdale. But the GPS in my cab couldn't figure out the last few turns, so I called the passenger's phone.

She was an old woman, right on the edge of senility, and couldn't really put together a comprehensible train of thought. She kept me on the line for nearly five minutes, spouting inanities.

Luckily, I got her to reveal a couple of directional clues, so I could finally figure out where she lived. When I arrived, the garage door was open, with no cars inside. After she came out, she was still babbling nonsense. I helped with her walker, swearing under my breath.

But she did have a crystal-clear idea of where she was going, and mentioned that she made the trip several times a week. I immediately felt sorry for the other cabbies who had come before me.

On the way, she said the motor vehicle department had taken away her driving privileges. I silently thanked them for keeping her off the road. She said her husband's license had also been revoked. I decided that was probably a good thing, if he was in the same shape.

We finally arrived at our destination, and she asked me to drive to the far end of the underground parking garage. I lifted her walker out of the trunk, and helped her into the elevator.

That was when I noticed the sign that read: "Oakwood Retirement Home." As I pushed the Lobby button for her, I asked who she was visiting.

She replied, "My husband." 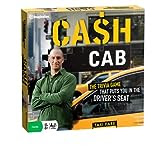 Unassuming people enter the Cash Cab as simple passengers taking a normal taxi ride, only to be shocked when they discover that they're instant contestants on Discovery Channel's game show.

Ben Bailey, the host and driver of Cash Cab, then offers them the following proposition:

The Cash Cab will drive you all the way to your destination and ask you general knowledge questions along the way. The questions start out on the easy side, then get harder along the way – the harder the question, the more money it’s worth. The first four questions are worth $25 for each correct answer. The next four are worth $50 and then every question after that is worth $100.

A correct answer is awarded the cash, an incorrect answer means the contestant gets a strike. The contestants can earn cash all the way to their destination. But the second they miss their third question (i.e., earn their third strike), Ben pulls the Cash Cab over and ejects them onto the sidewalk, no matter where they are! 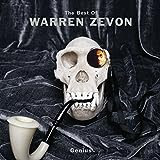 He always howled along with Zevon, during the chorus in Werewolves Of London. AAA-OOOOOO!

It was embarrassing, at first. But he kept smirking at me, until I let out my first hesitant howl. I did it only in the car, with him.

Later, I thought it was a big breakthrough when I howled in the car all by myself.

We buried him last week, and now I utter a full-throated howl whenever Zevon comes on the box. Even at the Starbucks drive-thru.

THE YES MEN FIX THE WORLD (dir. Andy Bichlbaum, Mike Bonanno, Kurt Engfehr, 2009) is a screwball true story about two gonzo political activists who, posing as top executives of giant corporations, lie their way into big business conferences and pull off the world's most outrageous pranks.

From New Orleans to India to New York City, armed with little more than cheap thrift-store suits, the Yes Men squeeze raucous comedy out of all the ways that corporate greed is destroying the planet.

Brüno meets Michael Moore in this gut-busting wake-up call that proves a little imagination can go a long way towards vanquishing the Cult of Greed.

But Americans can't afford to wait: while the Senate is on vacation, over 400,000 people could lose their health coverage.

Every member of Congress needs to hear--quickly--that voters want them focused on health care now, not running off on vacation. Sign the petition today.

A compiled petition with your individual comment will be presented to your Senators and Representative.

HBO's Emmy®-winning hit documentary series Taxicab Confessions returns to the streets of New York City for the first time after an eight-year hiatus.

TRAVIS: Loneliness has followed me my whole life. Everywhere. In bars, in cars, sidewalks, stores, everywhere. There's no escape. I'm God's lonely man... June 8th: My life has taken another turn again. The days can go on with regularity over and over, one day indistinguishable from the next. A long continuous chain. Then suddenly, there is a change.

WIZARD (Peter Boyle): Look at it this way. A man takes a job, you know? And that job - I mean, like that - that becomes what he is. You know, like - you do a thing and that's what you are. Like I've been a cabbie for thirteen years. Ten years at night. I still don't own my own cab. You know why? Because I don't want to. That must be what I want. To be on the night shift drivin' somebody else's cab. You understand? I mean, you become - you get a job, you become the job. One guy lives in Brooklyn. One guy lives in Sutton Place. You got a lawyer. Another guy's a doctor. Another guy dies. Another guy gets well. People are born, y'know? I envy you, your youth. Go on, get laid, get drunk. Do anything. You got no choice, anyway. I mean, we're all fucked. More or less, ya know.
TRAVIS: I don't know. That's about the dumbest thing I ever heard.

TRAVIS: All the animals come out at night - whores, skunk pussies, buggers, queens, fairies, dopers, junkies, sick, venal. Someday a real rain will come and wash all this scum off the streets. I go all over. I take people to the Bronx, Brooklyn, I take 'em to Harlem. I don't care. Don't make no difference to me. It does to some. Some won't even take spooks. Don't make no difference to me. 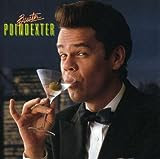 Summer In The City
Written by: Mark Sebastian, Steve Boone
Performed by: The Lovin' Spoonful

Hot town, summer in the city
Back of my neck getting dirty and gritty
Been down, isn't it a pity
Doesn't seem to be a shadow in the city
All around, people looking half dead
Walking on the sidewalk, hotter than a match head

Cool town, evening in the city
Dressing so fine and looking so pretty
Cool cat, looking for a kitty
Gonna look in every corner of the city
Till I'm wheezing like a bus stop
Running up the stairs, gonna meet you on the rooftop
REFRAIN

Hot town, summer in the city
Back of my neck getting dirty and gritty
Been down, isn't it a pity
Doesn't seem to be a shadow in the city
All around, people looking half dead
Walking on the sidewalk, hotter than a match head
REFRAIN 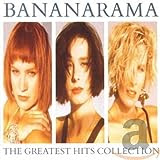 Hot summer streets
And the pavements are burning
I sit around
Trying to smile but
The air is so heavy and dry
Strange voices are saying
(What did they say?)
Things I can't understand
It's too close for comfort
This heat has got
Right out of hand

A Change Is Gonna Come
by Sam Cooke

I was born by the river in a little tent
And just like that river, I've been running ever since

REFRAIN: It's been a long, a long time coming
But I know a change gonna come, oh yes it will

It's been too hard living, but I'm afraid to die
'Cause I don't know what's up there beyond the sky
REFRAIN

I go to the movie and I go downtown
Somebody keep tellin me, don't hang around
REFRAIN

Then I go to my brother and I say, brother help me please
But he wind up knocking me back down on my knees
REFRAIN

During the past three days, I've done a week's worth of work.

Driving a cab on the 4am-4pm shift usually turns into 4am-7pm, because of various delays in actually leasing the cab, checking its mechanical condition, replacing fluids and lights, washing it, vacuuming it, etc.

Then I spend the day trying to navigate through insane drivers and passengers. I also load and unload luggage + groceries + crutches + walkers + wheelchairs (which I disassemble and reassemble).

All the above takes place in 114-degree weather (45 Celsius).

I just finished the taxi-driver orientation class at Discount Cab. The company's graduation gift to each new recruit was a Phoenix map book, which contains the following paragraph:

Because of the different addressing systems, it is quite common to have the exact same address in more than one city here. Major streets like Broadway, Southern and Baseline pass through as many as four different numbering systems, so it is likely to have the same address in each. As an example: 620 East Southern Ave. is between Central Ave. and 7th Street in Phoenix, and there is another one between Mill and Rural in Tempe and another one in Mesa between Mesa Drive and Stapley Drive; oh yes, and another one in Apache Junction between Idaho Road and Tomahawk Road. This sort of thing happens with smaller, lesser-known, residential streets too.

The dashboard of each cab has been fitted with two extra computer screens. This is a whole different level of complexity, compared with the simple, scummy cabs I once drove in NYC. Tomorrow's 4am to 4pm shift should be... interesting. While we were driving beside one of the lakes near the Apache Trail, we saw some kids being towed in a rubber dinghy behind their parents' speedboat.

Near the next lake, we saw some sunbathers, soaking up the rays.

We arrived at our destination and promptly ordered up some chili fries, with ice-cold brewskis.

As life goes on, we've begun to realize that (1) the good moments are not as plentiful as the bad/boring/excruciating moments and (2) it's important to recognize and savor the good moments, as they go whizzing by, much too fast. 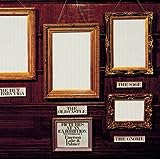 He sparked my interest in classical music, and for that, I will be forever grateful.

FYI, he was a guest performer during Spinal Tap's "One Night Only World Tour" at Wembley, a couple of weeks ago.

"To help us better serve you, please refrain from talking on your cell phone while using the drive-thru. We thank you for your cooporation." [sic]

During the fall of the Roman Empire, the first two things that disappeared were: (1) courtesy and (2) literacy.

Is anybody else not satisfied with Facebook's upcoming "granular" privacy controls?

I'm holding out for powdered.

I just checked my collection of glittery gloves from the late Seventies. Each pair is missing one glove, and I'm pretty sure I know where they all went.
» On 7/02/2009 05:15:00 AM Mountain Standard Time, Alan wrote:
Definition of "desperation."

I saw a job ad at a dairy the other day.

It said, in part: As Marketing Coordinator you may be required to be the "Roxie" mascot inclusive of wearing the costume at various company sponsored events.

Roxie is the dairy's official "spokescow."

I applied for the job.