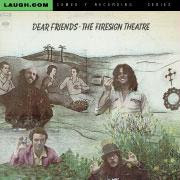 [02:23 below] Balliol Brothers Pharmacy--boys, I think you might be interested in this--they're celebrating their annual Fire Insurance Sale. Bill and Dill invites everyone in the Pittsfield, Doomstown and Tri-Color area to come on in and share some of their outstanding artificial values that the Balliol Twins are putting up for ya. Pico, you'll be interested in this: for your wife and your mistress, in Cosmetics, cases of Revolutionary Venus Envy Hair Spray, Legett Hair Fastener Heat Bags, Lady O' Spain Self-Blinding Eye Shadow with Magic Puncture Pencil, Sanitary Napkin Rings in Little Miss, Moon Maid and Stuck Pig strengths, Deported Italian Napa Gel Balls for soaking or eating. And they're all slash priced with the lady in mind.

--Firesign Theatre, Dear Friends: I Was A Cock-Teaser For Roosterama!

[00:26 above] I was working with chickens. I was a cock-teaser at Roosterama. I used to enrage the bantams before the big bouts. Not an easy thing. Ask Pedro, here. Pedro you used to work down there. [Yeah, sure man, you were the best cock-teaser. How did you enrage those little buggers?] I used to sit on them. [See, man, that's hard.] I would dress up like a big egg, man, and then I would sit on them. And that freaks them out. Those chickens are really confused. They got mad, angry... into the cockpit, what a fight! [That is how we used to enrage them, too. That's a good job. Tio here used to pick on them.] Yeah, but they outlawed that now, man. It's not allowed no more. You have to do it silently.

I decided to tweet about the iPad yesterday. Today, I discovered that four people had re-tweeted my tweet. So, thanks: ACanseco, masanaminori, mscarron and ysbee.

[Update: it turns out that Mad TV already satirized the iPad... over two years ago.]

With optional belt and wings.

Now it seems that Pope John Paul II whipped it, too.

It seems to be true. How come they never happened when we lived there? We would have thrown caution to the winds by staging a dinner party and serving Tornado Tournedos. On a Lazy Susan. With Whirling Dervish music. While watching the Twister DVD. Followed by a postprandial game of Twister. Spin, baby, spin. 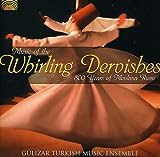 Evening Update: did my stupidity call down the wrath of the Tornado God upon us?

For every person living in and around Phoenix who has a Hungarian heart:

Evidently, DGA nominee James Cameron himself has said that his "Avatar" film was based on Disney's "Pocahontas."

That became evident, when Dan Oles did a mashup of the Avatar trailer, overlaid with the Pocahontas trailer's soundtrack.

But you can judge for yourself, by reading Cameron's original script.

[Anything to avoid watching the movie.]

Below: A Geminid meteor streaks through the Northern Lights, by Bjørnar G. Hansen, taken on December 13, 2009, on Kvaløya, an island near Tromsø, in northern Norway. Do yourself a HUGE favor, and click the image to enlarge it... 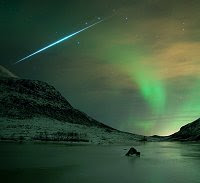 Oceanographers using the remotely-operated vehicle "Jason" have filmed the deepest erupting volcano yet discovered. The West Mata volcano erupts nearly 4,000 feet below the surface of the Pacific Ocean, in an area bounded by Fiji, Tonga and Samoa.

Since the water pressure at that depth suppresses the violence of the volcano’s explosions, Jason could maneuver to within 10 feet of the active eruption. On land, or even in shallow water, such a close view would never be possible.

Water from the volcano is very acidic, with some samples collected directly above the eruption measuring between battery acid and stomach acid.

Clip 1 is a sequence of explosive degassing events as bubbles of gas-rich magma burst, spewing lava fragments into the water. At the same time, lava is being extruded out of the vent and down the slope. In both clips, the area in view is about 6-10 feet across in an eruptive area approximately 100 yards that runs along the summit.

Clip 2 is a closer view of the eruption with violent magma degassing events producing bright flashes of hot magma. Lava is blown up into the water before settling back to the seafloor, and large plugs of lava flow rapidly down the slope. In the foreground is the front of Jason, with sampling hoses.