Once upon a time, I wrote a time-traveler screenplay (Merlinsky), so I know how hard it is to keep a story popping along, while holding the paradoxes to a minimum.

And that's the only reason I wanted to watch "The Time Traveler's Wife," when I saw it listed on our cable TV schedule: professional curiosity. Did they maintain continuity? Did they keep the story moving? But most of all: did they make any mistakes? ;-)

I am happy to report they didn't make any mistakes. But I'm also happy to report this film is a real gem: a well-written, well-acted, well-directed romance, with an uplifting message... about how important it is to treasure our loved ones, and to cherish every moment we get to spend with them.

-YouTube trailer
-HBO (for upcoming showtimes, hover your mouse over the "Schedule" button near the bottom, then click the "All Showings >" link)
-Amazon
-Netflix
-Time-Traveling for Dummies: A physicist looks at The Time Traveler's Wife

OK, lemme get this straight: the FDA decided, in its infinite wisdom, there was not enough evidence to conclude that vaccinating hens against salmonella would prevent people from getting sick. Government regulators reached this unusual non-conclusion even though Britain has seen a 96% drop in salmonella infections since they started hen vaccinations in 1997.

The vaccinations would have added about a penny to the price of a dozen eggs, so I'm guessing that cost also factored into the FDA decision.

It usually does. That's the way Americans like to do business. We pinch pennies 'til Abe farts.

Flash forward one month, to August: salmonella infections tracked down by the FDA and CDC force the recall of more than half a billion eggs.

Omigosh, what a surprise.

This, of course, has an enormous effect on the country's egg supply: prices skyrocket 30 to 40%.

In my neighborhood, that translates to a 55¢ increase. Just because America was too cheap to spend a penny per dozen on vaccinations.

FIFTY-FIVE CENTS. VERSUS ONE CENT.

You gotta admit it: we Yanks are thrifty shoppers.

Those Limeys must be chortling over their greasy fried eggs right about now.

Plus, American experts are predicting an additional 30% increase before this situation plays itself out.

A lot of the problem is surely price-gouging. After all, the United Egg Producers industry group says this recall has affected less than one percent of U.S. egg production.

Can't you just see them, rubbing their hands together in greedy glee?

But I have a feeling that a Real American Entrepreneur would take this absurd scenario even further... straight out to its logical conclusion:

1) Wait 'til the tainted eggs cause vomiting and diarrhea at the local IHOP.

Ah, I remember the seductive sight of salmonella swimming upstream, their shiny scales shimmering in the sun, striving to lay their eggs in the sparkling pools where they were spawned. What a sweet memory to recall... 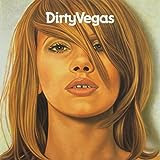 "Days Go By" is a 2001 song by the band Dirty Vegas from their eponymous album. The song became a radio hit in 2002, peaking at #14 in the U.S., and received the Grammy Award for Best Dance Recording. "Days Go By" received significant public exposure in a commercial for the 2003 Mitsubishi Eclipse.

The music video for the song largely consists of two dancers representing one character performing a routine of popping, locking, the robot and breakdancing in front of Chroni's Famous Sandwich Shop in East Los Angeles, California. The young dancer in the video is Garland Spencer. The older dancer is Byron McIntyre.

The song was featured in a commercial for the 2003 Mitsubishi Eclipse. In the commercial, a man is driving the Eclipse while a woman (Dusty Paik) dances to the beat of the song in the passenger seat.

The Eclipse commercial was in turn parodied by a skit on Chappelle's Show in which Dave Chappelle is driving a car and the woman is dancing in the passenger seat. Dave says, "What the f*ck are you doing?" (due to the weird moves she is making) and then leaves her by the side of the road. He then puts on some hip-hop music and a black woman sits in the passenger seat and starts dancing. Although this is a parody of the Eclipse commercial, the car actually used in the commercial was Dave's own Nissan 350Z.

Franchise prognostication for all you eager-beaver restaurateurs out there:

1] Since the Stage Deli in NYC features menu items named after the famous and infamous, (ex: a DOLLY PARTON contains twin rolls of pastrami and corned beef),

3] Someone will eventually open a restaurant chain--probably starting in Texas--offering menu items named after executionees and their last meals.

PS: You can get historical research info at places like DeadManEating.com and off2dr.com

PPS: If you actually run with this ball, just name something after me...

Little Jimmy Dickens - May The Bird Of Paradise Fly Up Your Nose:
http://www.youtube.com/watch?v=Dt_NjJk9gM4

Roger Miller - Do Wacka Do (give it 10 seconds):
http://www.youtube.com/watch?v=UI-Y0CMGwxo

Yowza. What a film. This beautifully-photographed documentary provides an intimate peek into the process and rituals followed by a young Nepalese monk who searches for the reincarnation of his recently-deceased master. Tenzin Zopa had been the disciple of Geshe Lama Konchog for 21 of his 28 years, and his superiors in the Tibetan Buddhist hierarchy felt Zopa was the natural choice for this search. So they dispatched him to find the toddler.

What a story! The DVD was enthralling. In fact, I couldn't quite believe it was a documentary, until the Dalai Lama appeared in one segment, to verify the boy that Zopa had found.

Anikó says this movie changed her opinion about reincarnation; she's now a believer. I don't know if I would go that far. After all, I'm a dyed-in-the-wool doubter. But the movie does tell the compelling story of how a young monk, who was once a bereaved disciple, changes into a gentle and loving teacher to the tiny boy he wholeheartedly accepts as his late master.

The exotic scenery is stunning, and the cinematography is exquisite. I was also touched by the filmmakers' insight into the emotions involved, especially as the parents willingly but sadly give up their boy to a far-away life so different from their own peasant existence. 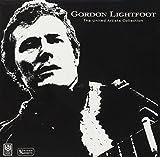 But time has no beginnings and history has no bounds
As to this verdant country, they came from all around
They sailed upon her waterways and they walked the forests tall
Built the mines, mills and the factories for the good of us all

Look away, said they, across this mighty land
From the eastern shore to the western strand

Bring in the workers and bring up the rails
We gotta lay down tracks and tear up the trails
Open her heart, let the life blood flow
Gotta get on our way 'cause we're moving too slow

Behind the blue Rockies, the sun is declining
The stars, they come stealing at the close of the day
Across the wide prairie, our loved ones lie sleeping
Beyond the dark oceans in a place far away

So over the mountains and over the plains
Into the muskeg and into the rain
Up the St. Lawrence all the way to Gaspé
Swinging our hammers and drawing our pay
Laying 'em in and tying them down
Away to the bunkhouse and into the town
A dollar a day and a place for my head
A drink to the living, a toast to the dead 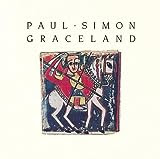 At the height of his career in the late 1980s, Chevy Chase earned around $7 million per film and was a highly visible celebrity.

He appeared alongside Paul Simon, one of his best friends, in Simon's 1986 second video for "You Can Call Me Al."

Chase also played saxophone onstage at Simon's free concert in Central Park during the summer of 1991. 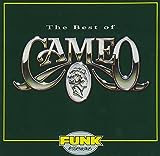 Yo, pretty ladies around the world
Got a weird thing to show you, so tell all the boys and girls
Tell your brother, your sister and your mama too
'Coz they're about to throw down and you'll know just what to do

Word up, everybody say
When you hear the call, you've got to get it underway
Word up, it's the code word
No matter where you say it, you'll know that you'll be heard now

Word up, everybody say
When you hear the call, you've got to get it underway

C'mon, all you people say