I've been using Google Translate for years. And my Hungarian wife uses the magyar interface. So we were already big fans of Google's attempt to interconnect the world.

We were blown away by the recent introduction of speech input (to go along with the already-available machine-generated spoken output) for their Google Chrome browser.

Their mobile apps are perhaps even more intriguing. Google Translate for Android (download from the Android Market) was excellent. And Google Translate for iPhone, iPod touch and iPad (download from the iTunes App Store) was another slice of excellence. Speak into your phone, and it speaks the translated words to your foreign friend. When s/he speaks into the phone, it speaks to you in English. Star Trek's Universal Translator had finally arrived. Très kewl.

But Google Translate for Animals really takes the cake. Those Google engineers are SMART. And funny. Watch a video (and even MORE videos).

» On 5/19/2011 03:15:00 PM Mountain Standard Time, Alan wrote:
Down East (for those of you who may not be familiar with the term) refers to the coast of Maine from Penobscot Bay to the Canadian border.

When ships sailed from Boston to ports in Maine (which were to the east of Boston), the wind was at their backs, so they were sailing downwind, hence the term "Down East."

And it follows that when they returned to Boston they were sailing upwind; many Mainers still speak of going 'up to Boston,' despite the fact that the city lies approximately 50 miles to the south of Maine's southern border.

Listen to a classic sample of downeast humor (from bertandi.net). [more]

I have always claimed to be a downeaster, but technically I was born in a hospital about 50 miles away from Penobscot Bay.

I just got a call from Cigna, our health insurance company. We've been fighting with them about my wife's visit to the doctor in January. She has shoulder pain, and nobody knows why. It's a new ailment, and the doctor tried to get to the bottom of it. He ordered blood tests, and some x-rays.

We say that she's never been treated, but they want proof. Proof of what? Proof that something didn't happen? That's an interesting trick: "OK, here's the zero-dollar invoice from a not-doctor that proves she was never treated."

Please remind me: why are we paying for health insurance, if it doesn't cover our healthcare needs? It looks like our insurance premiums are being used to hire people who call us on the phone to tell us that our healthcare bills will not be paid for some obscure, arcane reason.

And then when we ask to speak to their supervisors, they put us on a three-day hold, which is eventually disconnected.

This is what happens when you introduce the profit motive into a system that is, by its nature, intended to provide service. Healthcare was never intended to generate profits. It was intended to take care of our health. Health. Care. Get it? When insurance companies get involved, with their shareholders and their balance sheets, that intention gets perverted. It is not in the best interest of the insurance companies to provide healthcare services. If they can find a profitable way to AVOID providing healthcare services, they will do it. And their "pre-existing condition" concept is a genius way to accomplish this goal. They have shareholders to satisfy. Balance sheets to balance. They are very interested in collecting premiums from us, but they are not, in the least bit, interested in paying for our healthcare.

You know, you buy your Powerball ticket faithfully every week, and you dutifully check the numbers on your ticket, and you know they're not going to match the draw numbers. You just know it. It's not gonna happen. No f*ckin' way.

But you check the numbers, just to make sure. And sure enough, they don't match. And you crumple up the ticket, you throw it away, and you go out and buy another ticket. And you repeat the whole silly routine, week after week. Month after month. Year after year. Decade after decade.

And even though your numbers never come up, you have faith. You have hope. Because what would this world be, if you had no hope? If you couldn't fantasize about walking into your workplace and saying, "Screw this job! I quit!"? If you couldn't dream about flying in your own LearJet to remote destinations, partying with all the Pretty People, leaving your sad, humdrum life behind? If you couldn't imagine living in your Dream House (or HouseS), driving your Dream CarS, hiring your own Sex-&-The-City-2-Bouncy-Chested Nanny, even though you have no children?

And then one day, something's different. You get your ticket, and you open your browser, and you compare the numbers on the screen to the numbers on your ticket. And your eyes widen. And your breath comes in short, sharp gasps. And a guttural scream of inchoate joy involuntarily rips out of your throat. And through your tears of bliss, you look again.

Sure enough, it has finally happened. 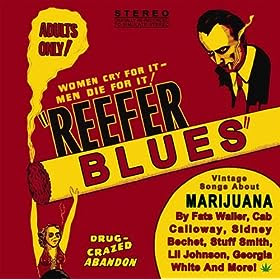 I'm down to seeds and stems again --Commander Cody

Then I learned to play some lead guitar / I was underage in this funky bar / And I stepped outside to smoke myself a J / When I come back to the room, everybody just seemed to move / And I turned my amp up loud and I began to play / It was late in the evening, and I blew that room away --Late In The Evening, Paul Simon

Where were you while we were getting high? --Champagne Supernova, Oasis, writer: Noel Gallagher

One toke over the line, sweet Jesus --Brewer & Shipley

Ev'ry year along about this time it all goes dry / There's nothing 'round for love or money that'll get you high / Henry got pissed off and said he'd run to Mexico / To see if he could come back holdin' twenty keys of gold - Henry, New Riders of the Purple Sage, writer: John Dawson

But let me get to the point, let's roll another joint --You Don’t Know How It Feels, Tom Petty

These three micro stories were sold to www.the-phone-book.com (now defunct) in England:

Another Man's Wife [listen] [archive]
Her shy nipple ripens into a succulent raspberry between my lips. Later, when she moans his name, I try to pretend she means me.

Forsaken [listen] [best of] [archive]
Birth certificate, high school diploma, military discharge, marriage license, obituary: the old woman mechanically shuffles her precious stack of papers again and again, almost as if sorting them into the correct order will provide the magic combination that brings him back.

Rewrites [listen] [archive]
There's always at least one smarmy bootlicking word attempting to hide behind a larger pivotal phrase, in hopes of avoiding your red pencil. You'll normally catch him on the first or second pass. Then you can deal with the swaggering varsity jock words who enjoy hanging out together in the back, lazily teasing the cheerleaders. You've got to break them up, of course, just to keep the peace. Finally, some quiet and thoughtful words might be laboring diligently by themselves over in a corner, trying to save everything else from going straight down the crapper. That's when it becomes crucial to heed their muffled whimpering: "A little help over here...?"

Reminds me of the only Valhalla/Asgard joke I know:

Thor, the god of thunder, goes to a singles bar and ends up spending the night with a beautiful woman. They have energetic sex many times, all night long. The next morning, he decides to reveal his true identity: "I'm Thor!"

The woman replies: "You're Thor?! I'm tho thor I can hardly pith!"

Then, Sarah Palin called on Obama to stop "pussy-footing around" and release the post-mortem images.

And now, somebody has leaked one of the photos. When I saw it, I was horrified. It's pretty gruesome. Don't let your kids look at this. It will give them nightmares. Definitely not for the squeamish: Scala shot to instant fame last summer, when the first theatrical trailer for The Social Network went online. Since then, they've been touring and releasing albums, even appearing on the Conan O'Brien show (with cleaned-up lyrics). I just bought the album over on the right, and it's a breathtakingly sublime experience to hear the angelic voices of young Belgian girls doing church-choir versions of various pop songs (U2, Peter Gabriel, Depeche Mode, Radiohead, Nirvana, Metallica, Oasis, Alanis Morissette, Foo Fighters, Kings of Leon, etc.).

When you were here before, couldn't look you in the eye
You're just like an angel, your skin makes me cry

You float like a feather, in a beautiful world
I wish I was special, you're so f*ckin' special

REFRAIN: But I'm a creep, I'm a weirdo
What the hell am I doin' here? I don't belong here

I want you to notice, when I'm not around
You're so f*ckin' special, I wish I was special / REFRAIN

Whatever makes you happy, whatever you want
You're so f*ckin' special, I wish I was special / REFRAIN 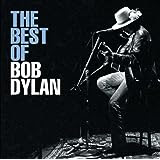 A worried man with a worried mind
No one in front of me and nothing behind
There's a woman on my lap and she's drinking champagne
Got white skin, got assassin's eyes
I'm looking up into the sapphire-tinted skies
I'm well dressed, waiting on the last train

This place ain't doing me any good
I'm in the wrong town, I should be in Hollywood
Just for a second there I thought I saw something move
Gonna take dancing lessons, do the jitterbug rag
Ain't no shortcuts, gonna dress in drag
Only a fool in here would think he's got anything to prove

Lot of water under the bridge, lot of other stuff too
Don't get up gentlemen, I'm only passing through

I've been walking forty miles of bad road
If the Bible is right, the world will explode
I've been trying to get as far away from myself as I can
Some things are too hot to touch
The human mind can only stand so much
You can't win with a losing hand

I hurt easy, I just don't show it
You can hurt someone and not even know it
The next sixty seconds could be like an eternity
Gonna get low down, gonna fly high
All the truth in the world adds up to one big lie
I'm in love with a woman who don't even appeal to me

Mr. Jinx and Miss Lucy, they jumped in the lake
I'm not that eager to make a mistake