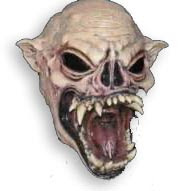 Some people say they have seen the Chupacabra
After some tequila, he was dancing the lambada
He doesn't know where he has come from
Making all the Mexicanas looking like a dum-dum
They say that he's a monkey
I think the whole story is just a little funky

It's only silly, but you see we really gotcha
Like hearing the lambada or the hookycucaracha
We started a sensation
About a creature that is just hallucination
We did it for the money
But we duped you and we think it's really funny [REFRAIN]

I hadn't heard from John in several months, and accidentally discovered the sad reason on Facebook early this morning.

I got to know John because he was a fan of my writing and photography while I was working as the Online Editor at Palm Springs Life magazine. In fact, I think he was the only fan. When he showed up at an event I organized (BlogFest.org w/Paul Krassner), my wife found out how much she had in common with John. He was the son of a Hungarian immigrants, and could carry on a conversation with Anikó in her native language. I instantly liked John, and not just because he praised my work for the magazine. He was a thoughtful, educated, well-spoken man who was full of life. John was enormously curious about the world, and had an insatiable appetite for exploring new ideas. He and I had some great discussions, over the years.

John's legs were slowly wasting away, from an ailment he refused to discuss. He used a motorized cart to get around, but he never let the legs slow him down. He drove a van that was specially modified so he could move himself in and out of the cart. I was fascinated by the ingenuity of the system he had designed, but he never let me help with the transfer process.

Anikó and I eventually met his mother, after badgering John for months. Every now and then, he would tell us a little snippet about her life, and what an amazing life it was. She and her husband were Jewish, and they were separated by the Nazis during the war. The young newlyweds were shipped off to different death camps, and I'm sure they both endured unimaginable things during those years, but we never heard any details. In a double miracle, they both survived. In a triple miracle, they found each other after the war. Not even Hell itself could kill their love. John was born in Germany a few years later, and they eventually came to America, by way of Canada. I kept telling John that he should write a book about his family history, but he kept putting it off...

John A. Weiser, age 62, passed away on June 30, 2011 in Indio, Calif. He is survived by his wife of 18 years, Cathie Riddle-Weiser; his mother, Cecelia Weiser; his aunt, Elizabeth Rosenfeld; cousins, Tina Artz and George Rosenfeld; as well as extended family. John was born in Germany on October 12, 1948. He spent his early years in Canada. He became an American citizen in 1996. He attended Berkeley and graduated from UCLA with a degree in Physics. He also attended the University of Vancouver as a graduate student in geophysics. He was a computer programmer who volunteered with the Palm Springs International Film Festival where he created their original computer programs. As a young man, he enjoyed hiking, cross-country skiing, and folk dancing. He was an accomplished pianist who loved opera. He spent his later years volunteering for clubs in his Sun City Shadow Hills community. A memorial will be held on Thursday, July 7, 2011, at Sun City Shadow Hills, Montecito Clubhouse, Indio. 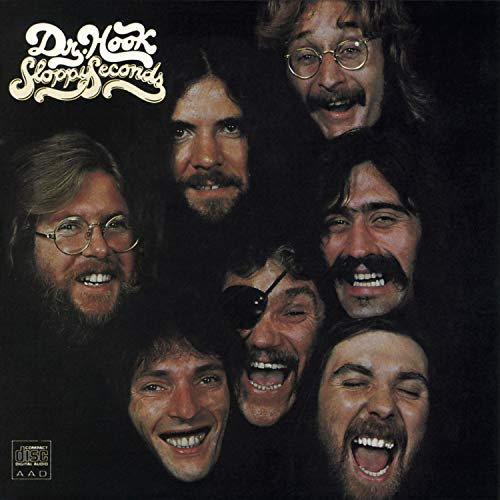 The Cover of the Rolling Stone (released 1973)
Written by: Shel Silverstein
Performed by: Dr. Hook & the Medicine Show

Well we're big rock singers, we got golden fingers
And we're loved everywhere we go
We sing about beauty and we sing about truth
At ten thousand dollars a show
We take all kinda pills to give us all kinda thrills
But the thrill we've never known
Is the thrill that'll gitcha when ya get your picture
On the cover of the Rolling Stone

I got a freaky ol' lady, name o' Cocaine Katy
Who embroiders on my jeans
I got my poor ol' gray-haired daddy
Drivin' my limousine
Now it's all designed to blow our minds
But our minds won't really be blown
Like the blow that'll gitcha when ya get your picture
On the cover of the Rolling Stone
REFRAIN 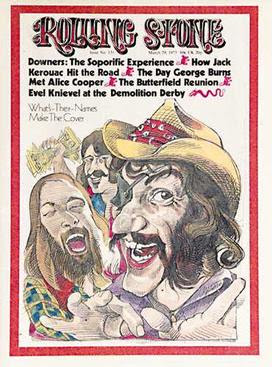