We are the 99%. We are being forced out of our jobs, and into bankruptcies and foreclosures. We have lost our schools and our access to health care. We will no longer tolerate the greed and corruption of the richest 1%. We fell asleep for a while, but we just woke up and we won't be silent anymore. 951 cities, 82 countries, today. Noon, here in Phoenix.

Rushkoff's take: Think Occupy Wall St. is a phase? You don't get it 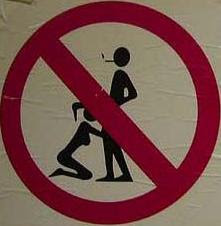 [Log line: 17-year-old girl falls in love with a vampire who appears to be her age, but who is actually 100 - and whenever they try to get it on, he morphs into the filthy old letch that he really is. 2- to 3-minute animation script, raunchy and irreverent.]

EDWARD, a perfectly-coiffed teenage boy with a refined British accent, is walking up a stairway with BELLA, a teenage girl with a nasal, whiny, Brooklyn accent.

EDWARD: Was that meeting with my family as weird for you as it was for me?

BELLA: It's kind of miserable. I mean, repeating high school over and over. A hundred-year-old vampire like you must get tired of the incessant yammering of teenage nymphomaniacs like me. (She thrusts her ample cleavage into his face, but he politely extricates himself.)

EDWARD: Bella, I am always fascinated by the sweet musical cooing of your dove-like voice. Come on. (They reach upstairs and walk into a room.) Uh... yeah, this is my room.

BELLA (looks around): No bed?

BELLA: What a colossal rip-off! Edward, when a cute guy takes me up to his room, I expect him to slam me down on the bed, spread my legs, crawl between my creamy white thighs, and f*ck me silly!

EDWARD (GULPING audibly): Bella, you must be aware that the author of this story is a conservative Mormon housewife.

EDWARD: The story of you and me. And that inhibited Mormon housewife is writing this story for young virgin girls, who have no idea what physical intimacy is all about.

BELLA (outraged): What the h*ll you talkin' 'bout, Neck-Sucker?

EDWARD: That pathologically-repressed Mormon prude intends to make us suffer through a long and platonic courtship, leading to an awkward consummation scene in Book Four. But this is Book One, so we have a long way to go.

Bella drops to her knees and UNZIPS Edward's pants.

BELLA: F*ck that sh*t. I can suck the chrome off a trailer hitch, and I ain't letting my God-given talent gather dust for three more books.

In silhouette, Edward's erection appears with a SPROING, and his perfectly-coiffed head mutates, with another SPROING.

EDWARD: Uh... you should probably look at me.

Bella MUMBLES INARTICULATELY, from below his waist.

EDWARD (continuing): Bella, take that thing out of your mouth right now, and look up at my face.

BELLA (looks up and SCREAMS): Holy sh*t! Edward, you're a dirty old man!

EDWARD: How very perceptive of you, Bella. You see, when I become aroused by a nubile young girl, I transform into the hundred-year-old letch that I really am. I can never lose control with you.

BELLA: Hey, don't go. (Thinks for a minute.) You change back into Pretty Boy afterward, right?

EDWARD: You can see that I'm regaining my youthful appearance right now.

BELLA: Okay, uh... we might be able to work something out, so long as I don't have to look at you, while you're pounding me. How do you feel about doggie-style?

In silhouette, Bella turns around, drops trou, gets on her hands and knees, then thrusts her naked butt back at Edward, who BARKS and HOWLS loudly when his erection reappears with a SPROING, his perfectly-coiffed head mutates again with another SPROING, and they copulate like... you guessed it... doggies.

And now, a few stats: