Now that the Sochi games are nearly over, it might just be time to write your name in the snow...

I submitted this proposal to Facebook late last night:

I suggest that you add a Name Day feature, similar to Birthday. It would need a date selector, plus a text box to specify the name, which may be slightly different than the person's given name. In many European and Latin American countries, name days are very popular, often celebrated as much as a person's actual birthday. Here's some background:

Let me know if I can help in developing this feature!
Alan C. Baird

After my kids got to know me, they thought it was strange that I didn't have a Name Day, so they selected one for me - Árpád, December 11. Thanks, Anita and Jenő!
http://en.wikipedia.org/wiki/Árpád
http://hungarianreference.com/Hungarian-name-day-nevnap-magyar-névnapok-nevnapok.aspx
http://magyarnevek.com/nevek/ferfinevek/Á/Árpád

The photo on the left below is from 1989, and shows the Bro and me after a day of diving in the Keys. The bar was in Islamorada, I think. From what I can recall, the snapshot's fuzzy focus was pretty well matched by the fuzzy focus in my brain.

We had just finished a wreck dive, and by the time we found the bar, I was feeling the effects of too much sun and too little beer.

So we started making energetic progress on the beer front. As the evening ripened, we noticed other scuba divers at the tables around us. They were doing what divers do best: telling tall tales to the waitresses and hoping to get lucky. We overheard some outrageous lies, passed off as authentic dive adventures. So we began to parody their macho conversations, making up exaggerated stories of our own:

"A 10-foot barracuda tried to turn my arm into a snack, but I ripped out his jaw and made it into a lamp."

"Did I tell you about the time I killed a 20-foot moray eel with my bare teeth? Chewed him up and spit him out. Tasted like chicken."

"That's nothing. When a 30-foot great white bit off my leg, I used my air hose as a tourniquet and chased the sucker. After I retrieved the leg, it was sewed back on by a Key West hooker."

Several beers later, the stories became much more interesting. Wish I could remember them. 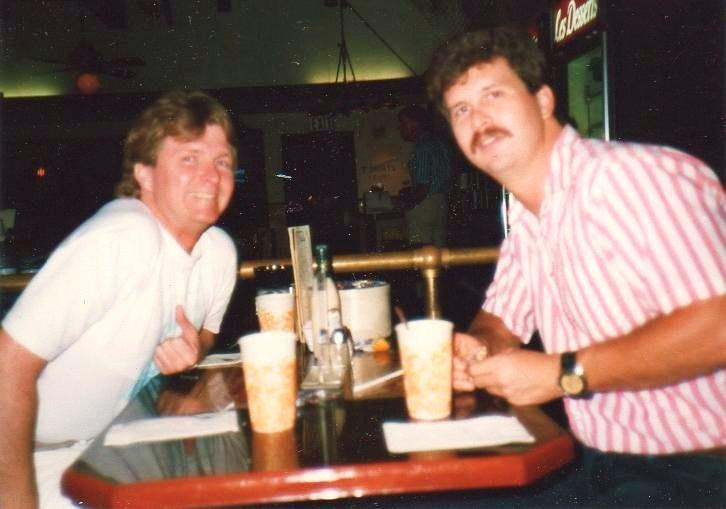 Valentine's Day probably originated with the ancient Roman feast of Lupercalia. During Rome's early days, fierce wolves roamed the nearby woods, so Roman citizens called upon one of their gods, Lupercus, to keep the beasts away. A celebration to honor the god was held every February 15th. One Lupercalian custom for young Romans was name-drawing: on the festival's eve, names of eligible girls were written on slips of paper and placed into jars. Each young man drew a slip, and the chosen girl would be his sweetheart for the year.

Legend has it that a priest named Valentine was trying to spread the new religion of Christianity in Rome during the reign of Claudius II. The Emperor decreed that his soldiers were NOT to be engaged or married, reasoning that men who were romantically involved would prefer to stay at home with their families, rather than fight his wars. Valentine defied the edict and continued to perform marriages in secret. When Claudius found out, he ordered that Valentine be put to death.

While awaiting execution, Valentine fell in love with his jailer's daughter, a young woman who visited him in prison. Before his beheading on February 14, 269 AD, it is said that he wrote her a letter and signed these words: "From your Valentine."

After his martyrdom, Valentine was canonized (declared to be a saint). As the Church gained more power in Rome, the holiday was moved from the 15th to the 14th - St. Valentine's Day. This was in keeping with the Church's usual strategy of eliminating pagan feasts by co-opting them (Yule to Christmas, Beltane to May Day, etc.), so the modern celebration honors Valentine instead of Lupercus.

[Factoid 1: Valentine's Day is also known for the infamous 1929 massacre orchestrated by Al Capone. Factoid 2: the Greeting Card Association estimates that women purchase more than 80 percent of all valentines. Duh.]

Be careful if you have any online dealings with Amy Smith Wexler. She has been identified by Facebook as an Intellectual Property Thief. Details here.

Later: after some research, it seems that Amy is becoming pretty successful at fundraising. $275 in October, and now, $2,400 in 9 days. I'm not saying these are scams. No, I'm not.

1981 - Nashville, Tennessee - directing episodes of a music TV series ("Country Days, Nashville Nights") in a mobile control room. That's me, on the left. 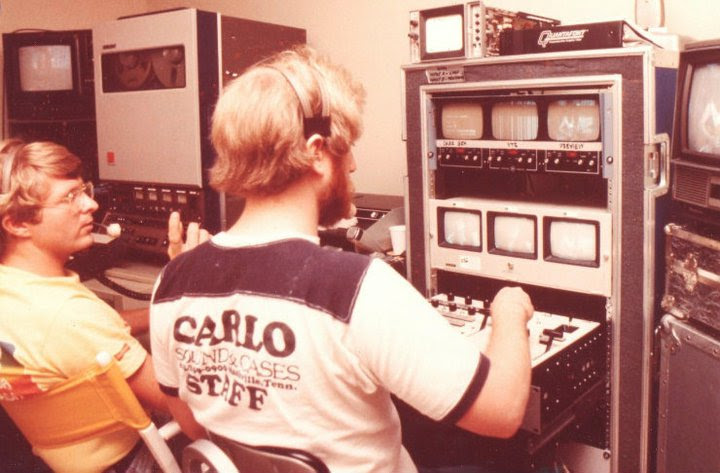 So, I've finally established a beachhead on the Internet Movie Database with some of my tired, old, dinky credits, and I discovered that the website has generated a quiz about me.

So I took the quiz and scored a big, fat goose egg.

What a revoltin' development this is...