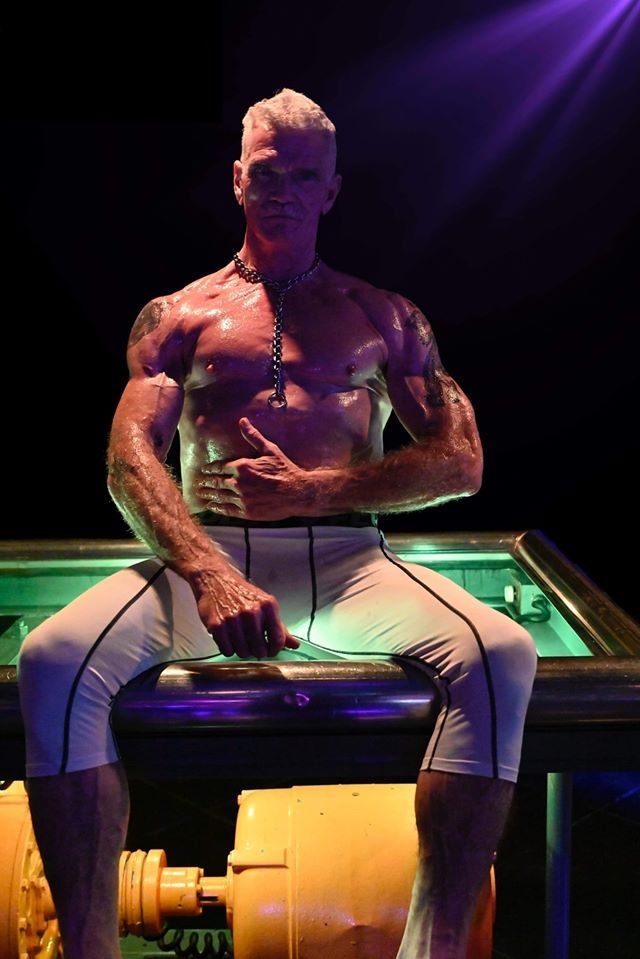 In the 1990s, I worked side-by-side with an amazing guy named Kevin Densmore. He was a hoot. We also had quite a bit of interaction outside of work, like dinners and a Mahlathini/Mahotella concert, where we danced in the aisles. Later, he introduced me to the BBS (an early chatroom) that he liked, just before he was diagnosed with HIV. That's when he embarked on a meth binge and dropped out of sight. Our boss said she would have to fire him, unless he called in sick, so I got on the phone and pleaded with him. No dice. I lost track of him for awhile. When we re-connected, I introduced him to my new wife. Anikó really liked Kevin, which surprised me, because she had never met a gay man in Hungary.

Kevin slowly pulled his life back together. He got a butch job driving big rigs and bought a house in Indianapolis. Then, in late 2016, he met the love of his life and they lived happily ever after... for a few years, at least. Kevin took up some interesting hobbies, like bodybuilding and knitting. He was a talented knitter, but I think he spent time at the gym in an attempt to convince himself that he was powerful, invincible. However, he worked very hard and sculpted an impressive body, especially for a sexagenarian. [I'm sure Kevin would enjoy being described with that word; he turned 63 last July.] ;-)

Then, on March 27th, he was hospitalized with COVID-19. On March 30th, he was moved to the ICU and placed on a ventilator. As if that wasn't enough, he later had a major stroke which paralyzed his left side and then developed a massive blood clot in his right leg. The docs put him in a chemically-induced coma and say he will likely end up in a nursing home, if he survives the virus. Please send a good thought in his direction.

--Picture [click to enlarge] taken on January 18, 2020. Kevin said it was his first professional photo session.

SEPTEMBER 2021: In America: Remember is the website for an art exhibition which "blankets the National Mall with over 660,000 white flags, showing the magnitude of our loss as a nation, while honoring each person who has died from COVID-19." This installation covers 20 acres beneath the Washington Monument. Search their Dedicated Flag Map for "Kevin Allen Densmore" to see the location of Kevin's flag. You can also search their COVID Lost Loved Ones map for "Kevin Allen Densmore" and see the photo of Kevin that's also embedded here.