Chevy Chase enters from offscreen. He's wearing aviator sunglasses, doing his best Biden impression. Can Chevy do a Biden impression? Well, if he can't, it'll be even funnier.

He walks over to a carpeted aircraft stairway, with "Air Force One" painted on the side. He takes a long look up the stairway, and holds for laughs. He shakes his head, pulls off the sunglasses and breaks character:

CHEVY: Lorne? Lorne! Get your evil Canadian butt out here.

CHEVY: You remember what happened, the last time I did pratfalls, forty-odd years ago?

LORNE: They were funny. That's what I remember. And that's why we brought you back.

CHEVY: I remember serious injuries and a painkiller habit that wouldn't quit. That's what I remember.

LORNE: Just do the pratfalls, bubeleh. Three in a row. The audience will love it.

Lorne starts to leave, but Chevy yells after him:

CHEVY: Hey, you Canuck wetback bastard! I'm Chevy Chase, and you're not!

LORNE [spins around, perfect timing]: Hey, funny boy, I WROTE THAT LINE FOR YOU! I made you famous. I gave you a TV career. I gave you a MOVIE career! Now do the friggin' pratfalls and stop bitching!

Chevy starts up the stairs. SMASH CUT TO: Chevy's in a hospital bed, bandaged from head to toe. Lorne stands at his bedside, looking fiendishly happy.

CHEVY: So it was worth it?

LORNE: It was definitely worth it.

Chevy makes a lasso out of his intravenous tube, and throws it around Lorne.

Chevy yanks on the lasso, and pulls Lorne's feet out from under him. Lorne flops down behind the bed, but his head quickly pops up and Chevy leans in:

The 93rd annual Academy Awards are scheduled to air live on ABC on Sunday, April 25, from multiple locations, including the Dolby Theatre in Los Angeles. Oscar nominations for Best Original Screenplay and Best Adapted Screenplay were announced on March 15. 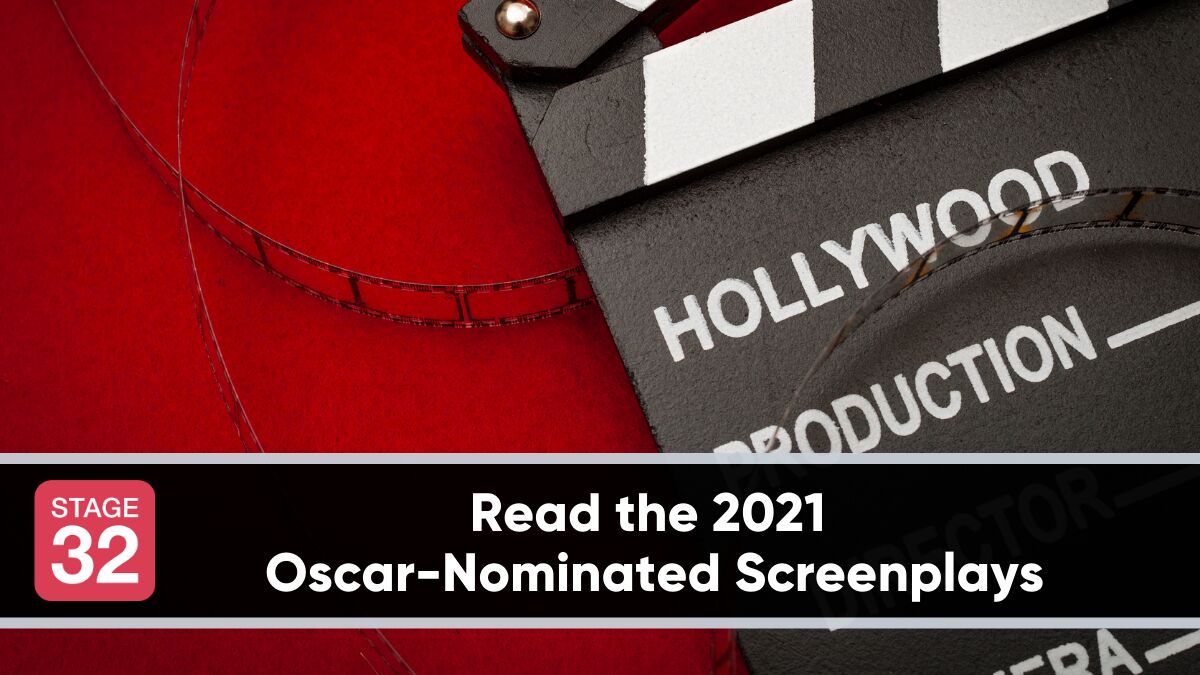 I had saved up a bunch of money in the years following college, and eventually decided to take some time off in 1977 to hitchhike through Europe. My then-girlfriend (and later, first wife) introduced me to the Danish family which had hosted her in a high-school foreign-exchange program. Their son was my age, so she recommended that I visit him at the urban commune in Århus where he lived. When I met him, he suggested we get to know each other by visiting several pubs. We ended up drinking what seemed like gallons of snaps (akvavit) in a bar crawl that has become legendary (in our minds, at least) as The Death Tour. (He later came down to the Côte d'Azur and helped me set up a teeshirts-to-the-tourists biz that failed miserably. But our friendship has lasted more than 40 years.) So when the Danish film Another Round came out, we both said, "Death Tour!" He has just sent me an invitation to his commune's 50th reunion, and now I'm a little worried. ;-)
» On 3/09/2021 12:10:00 PM Mountain Standard Time, Alan wrote:
Beverly "Bev" Elaine Gilbert Baird Cauley.

My mother recently turned 80, right around the time that her older sister passed away. Since I couldn't be there, she finally described the birthday celebration to me, a few days ago.

Ma likes to arrange things in advance, and evidently she's been planning her funeral festivities for a couple of years. One of her big pleasures in life is setting up and attending small dinner parties, so she wanted her friends to enjoy one final dinner party, following her eventual memorial service.

But while contemplating the inevitable approach of her Big One Way Journey and busily planning for it, Ma decided that she didn't want to miss the fun.

So to mark the occasion of her 80th birthday, she hosted a dinner party for her friends, calling it her "Pre-Demise Birthday Party."

Ma is pretty darn healthy these days, so I have the feeling this will become an annual event that she will enjoy for many years to come.

OBITUARY: http://legacy.com/link.asp?i=ls198145078
Beverly Cauley
Beverly "Bev" Elaine Gilbert Baird Cauley, 92, of Henderson Nevada and Ocala Florida, passed away peacefully March 9, 2021, surrounded by loved ones. Bev was born and grew up in Oakland, Maine, daughter of Ronald W. and Thena Sullivan Gilbert. After graduating from Williams High School she went to work at BFD Factory unit until her marriage to Chester "Chet" Baird. She and her husband ran Gilbert's Market in Oakland, and brought their first son, Alan, into this world. Bev followed her husband to Bangor, Maine and then Chelmsford, Massachusetts where they had their second son, Christopher. From there they moved to Charleston, West Virginia and eventually back to Chelmsford. At this time Bev enrolled at the local university and received a degree in home economics. She taught home economics in the Chelmsford area for a brief time and then she and her husband moved back to Charleston where she then enrolled in the University of Charleston and received her Master's Degree in Special Education. She taught in the special education department of the Charleston Public Schools for a number of years, receiving many plaudits from parents, staff and administration alike. After losing Chet, the love of her life, to a massive heart attack, she eventually moved to Ocala, Florida. Beverly had many interests, one of them was sharing her culinary skills with her many friends and family in Ocala. She too enjoyed sewing and made many of her own clothes. She also loved to dabble in the stock market and did so with great success. Bev was a staunch Republican, worked hard for the Republican party, and even held an office in her local party. Bev & Chet had planned to see the world upon retirement and she decided to do just that, even with the loss of her husband. She saw the great pyramids of Egypt, went down under to see the Great Barrier Reef, saw the Galapagos Islands, pretty much the entire European continent, parts of Asia, Great Britain and of course the USA. She did many of her trips via bicycle in Elderhostels. However, she always returned to her Oakland, Maine roots in the summer, to visit her family, friends and her dear friend Selma, and to attend her class reunion for the class of 1946 Williams High School. Five years ago, she met and married John Cauley, and they traveled within the USA until her heart condition continued to slow her down. A year ago, she moved to Henderson to be near her son Christopher, and his wife, Jane. Soon after her move she took a fall and had to enter a care facility. Unfortunately, because of COVID restrictions, Bev was unable to be with her family during a very difficult time. She is survived by her 2 sons, Alan & his wife and Christopher and his wife, 2 sisters, Natalie Vogler and Sherry Gilbert, her 2nd husband, John Cauley, and many nieces, nephews and cousins. She was predeceased by her parents Ronald & Thena Gilbert, her 1st husband Chet Baird, her sister Kay Bacon and her brother Terry Gilbert. A service will be celebrated at a later date in Maine. In lieu of flowers donations may be made in memory of Beverly to Queen of Peace Catholic Church, 6455 SW State Rd 200, Ocala, FL 34476, or the American Heart Association National Center, 7272 Greenville Avenue, Dallas, TX 75231.
Published in Ocala Star-Banner [FL] from Mar. 24 to Mar. 26, 2021.
Published in Morning Sentinel [ME] on March 26, 2021.
» On 3/09/2021 11:00:00 AM Mountain Standard Time, Alan wrote:
Read the 2021 British Academy Film Awards (BAFTA) Screenplay Nominees.

The 74th British Academy Film Awards, more commonly known as the BAFTAs, will be held on Sunday April 11th at the Royal Albert Hall in London. The nominations for Best Original Screenplay and Best Adapted Screenplay were announced on Tuesday March 9th.

ADAPTED SCREENPLAY
*The Dig
Screenplay by Moira Buffini
Based on the novel by John Preston
https://scrapsfromtheloft.com/2021/01/30/the-dig-2021-transcript
The Father
Screenplay by Florian Zeller and Christopher Hampton
Based on the play by Christopher Hampton
https://www.sonyclassics.com/assets/screenplays/thefather/thefather-screenplay.pdf
The Mauritanian
Screenplay by M.B. Traven and Rory Haines & Sohrab Noshirvani
Story by M.B. Traven
Based on 'GUANTANAMO DIARY' by Mohamedou Ould Slahi
https://d1nhyx5zyjgebo.cloudfront.net/assets/awards/script/OpTXQcF5Vx.pdf
Nomadland
Screenplay by Chloé Zhao
Based on the book by Jessica Bruder
https://deadline.com/wp-content/uploads/2021/02/Nomadland-Screenplay.pdf
The White Tiger
Screenplay by Ramin Bahrani
Based on the novel by Aravind Adiga
https://deadline.com/wp-content/uploads/2021/01/CRITICS_WGA_HFPA_FINAL-WT_121120_continuity-script_RB-2.pdf 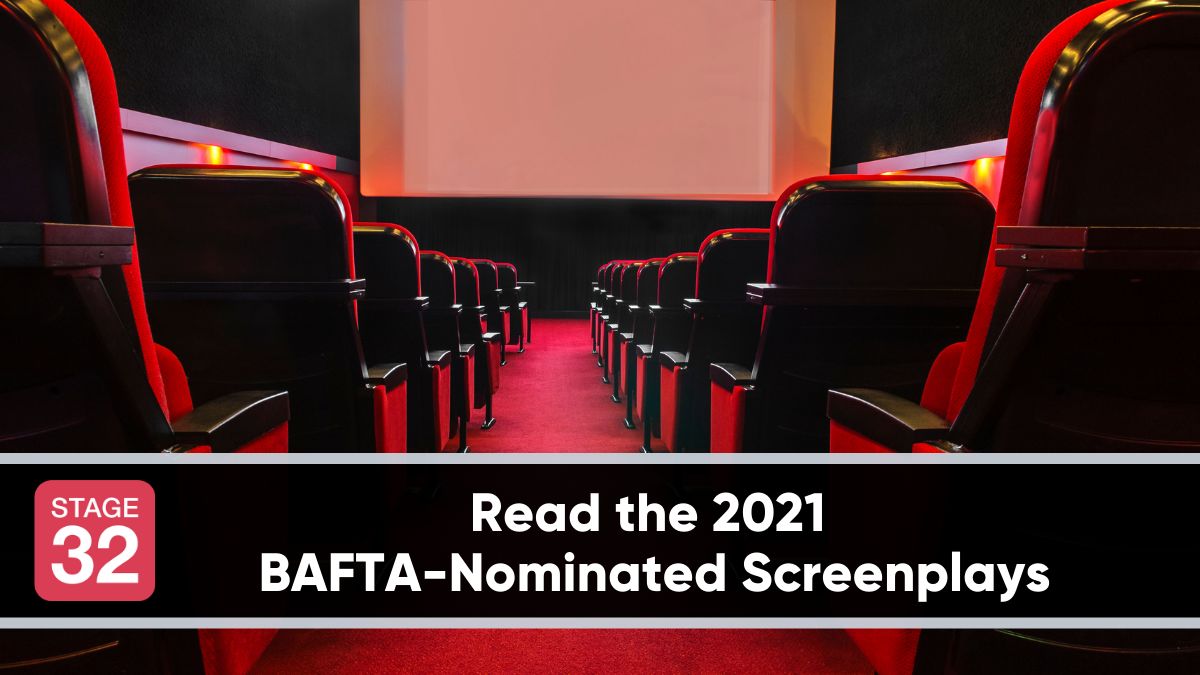 According to the 2017 period life table from Social Security (https://www.ssa.gov/oact/STATS/table4c6.html):

I suspect Zeno would have loved this sh*t:
https://en.wikipedia.org/wiki/Infinity#Zeno:_Achilles_and_the_tortoise