I had just moved out to California, after spending 18 months on the NBC NY Page staff. So I decided to attend a taping at NBC Burbank, and when the show's Production Coordinator came walking down the line of people waiting to fill the audience seats, I knew exactly what to do. I glanced down at her clipboard, then gave her a dazzling smile. She stopped to chat, and I bantered with her for about 30 seconds. Then she asked if I thought I could tell a joke, during the taping. I was a little bit coy... just enough to convince her to take a chance on me. So she gave me a slip of paper with the script on it, and took me to the front of the line. The NBC Burbank Pages seated me on the aisle, and I spent the next 30 minutes working up a good head of steam on a massive case of nerves. By the time Skip walked over, I was nearly frozen with panic, so I don't have a clear recollection of what really happened. Later, I mixed up the show's scheduled airtime (different time zone on the West Coast, you moron), so I didn't see the taped broadcast, until about forty years later. Holy crap, I actually faked my way through it! I had a strong memory of blowing the delivery, so it was nice to watch it again, after all those years. I think my timing was pretty decent, after nearly stepping on Skip's line. I know, I know: "Don't get injured, while patting yourself on the back." ;-) 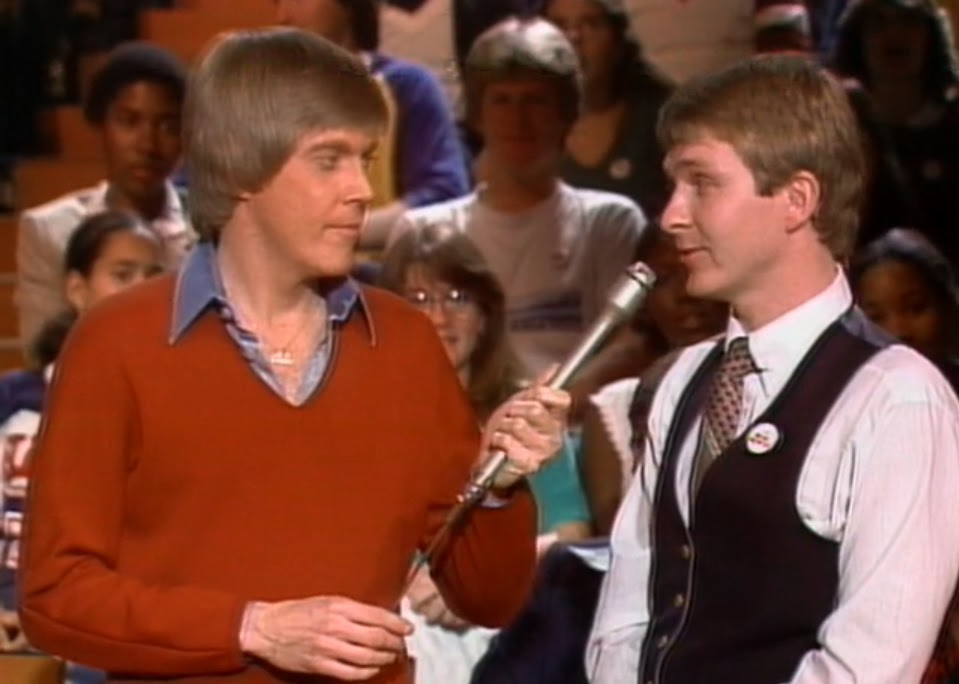